I Need to BBQ More Fish

I was wandering around Costco last weekend when I saw some Cornish Sardines, so I decided to pick them up to cook for lunch.

There were around 25 sardines in the pack, so I froze the majority of them. For those of you who read the recipes on this site, you will know that typically I like to keep things fairly simple. This cook was no exception.

The marinade took about 5 minutes to make and then I cooked the sardines for 5 minutes. Perfect for a quick midweek lunch!

The marinade got prepared first thing in the morning. Placing the sardines into the bowl, I made sure they were liberally covered until I was ready to make lunch.

I only had Australian Heat Beads, so I used about half a chimney full. The sardines were cooked directly for 2 minutes on each side. I decided to also do a slice of garlic sourdough, so I placed the sardines in the indirect zone as I cooked the sourdough.

I really enjoyed these sardines. They were incredibly easy to prepare and cook and tasted absolutely fantastic. One tweak I would make is to add more paprika next time as it wasn’t as strong as I would have liked. 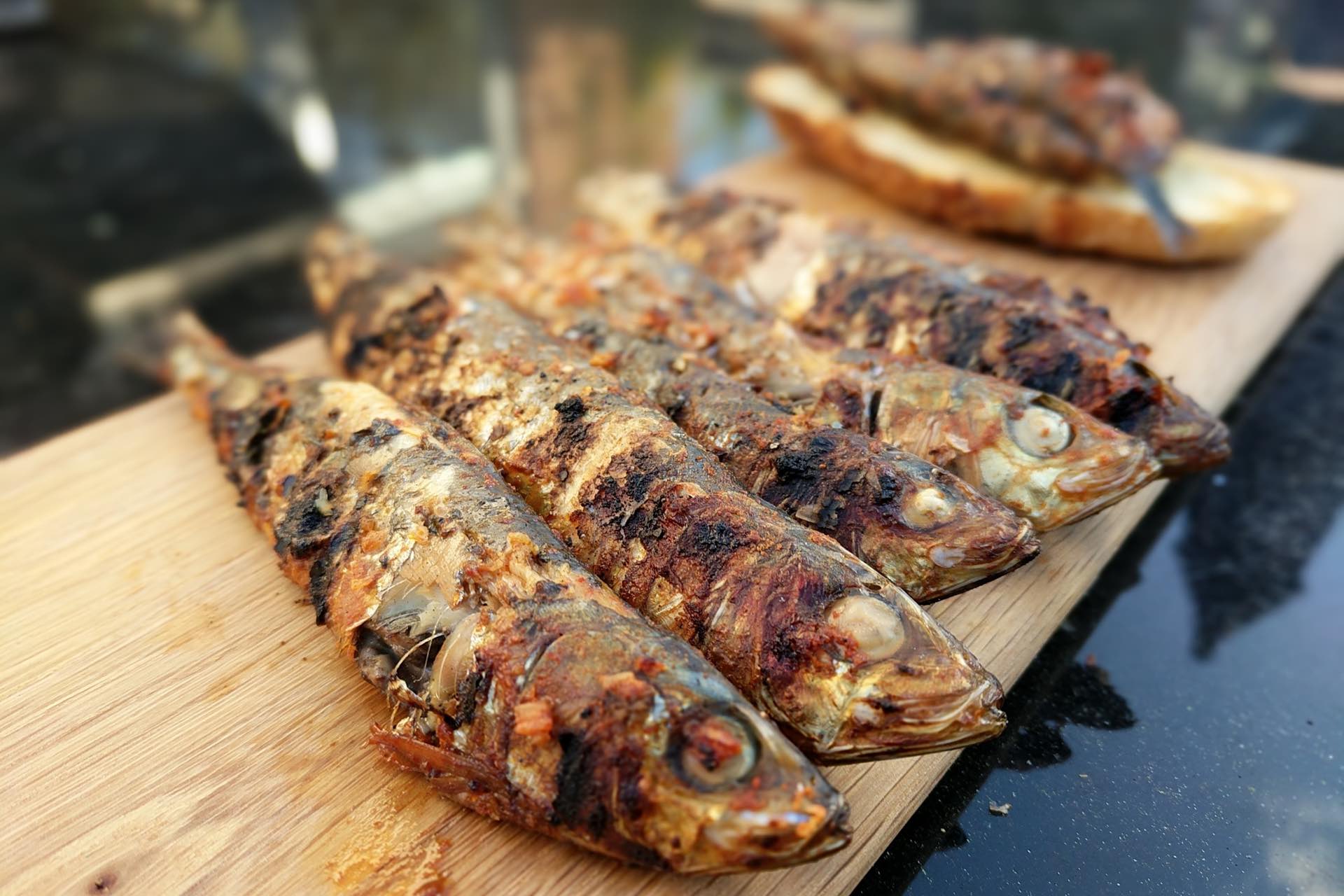 Looking to cook a fish dish on the BBQ? This paprika based BBQ Sardines recipe is so quick and easy to prepare but tastes delicious!
Prep Time 5 mins
Cook Time 5 mins
Total Time 10 mins

Other Posts You May Enjoy

Skate Wings with a Lemon Butter, Caper and Parsley Sauce

Close
Your custom text © Copyright 2020. All rights reserved.
Close
We use cookies on our website to give you the most relevant experience by remembering your preferences and repeat visits. By clicking “Accept”, you consent to the use of ALL the cookies.
Cookie settingsACCEPT
Manage consent

This website uses cookies to improve your experience while you navigate through the website. Out of these, the cookies that are categorized as necessary are stored on your browser as they are essential for the working of basic functionalities of the website. We also use third-party cookies that help us analyze and understand how you use this website. These cookies will be stored in your browser only with your consent. You also have the option to opt-out of these cookies. But opting out of some of these cookies may affect your browsing experience.
Necessary Always Enabled

Performance cookies are used to understand and analyze the key performance indexes of the website which helps in delivering a better user experience for the visitors.

Analytical cookies are used to understand how visitors interact with the website. These cookies help provide information on metrics the number of visitors, bounce rate, traffic source, etc.

Advertisement cookies are used to provide visitors with relevant ads and marketing campaigns. These cookies track visitors across websites and collect information to provide customized ads.

Other uncategorized cookies are those that are being analyzed and have not been classified into a category as yet.